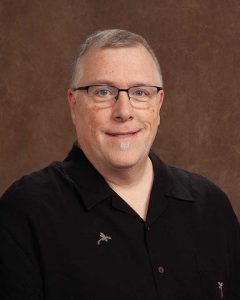 Dr. McFadden earned his degree in Chiropractic at the prestigious Fountainhead of Chiropractic, Palmer College, in Davenport, Iowa. Dr. McFadden received an MBA education from University of Phoenix after graduating from Brigham Young University with a degree in English.

After his studies at Palmer, Dr. McFadden had the opportunity to train with one of the leaders in the NUCCA technique in Coupeville, Washington before branching out and establishing Health Within Wellness Center.

Dr. McFadden devotes much of his time to achieving excellence in NUCCA as well as Orthospinology, another upper cervical technique, through study and by attending conferences to improve his understanding and skills. He is amazed by the body’s ability to adapt and heal, and dedicated to the advancement of the spinal correction. He loves educating others about the importance of spinal care. He is a member of the Washington State Chiropractic Association, and National Upper Cervical Chiropractic Association. He attends NUCCA conferences twice yearly and participates in continuing education programs to continue learning and perfecting his skills.
Prior to becoming a NUCCA Doctor, Dr. McFadden worked in the high-tech industry. A high-stress job helped introduce Dr. McFadden to chiropractic. After receiving great results through chiropractic care and learning more about this amazing healing art, Dr. McFadden was convinced that this was his true path in life. He moved his family to Iowa and completed his schooling at Palmer.

He loves sports, great books, good music and the many opportunities to serve his family and his church.

Come in today and see what we can do for you!